When Oreo assured Twitter users that they could still dunk in the dark during the 2013 Super Bowl blackout, this tweet became one of the most buzzworthy moments of the whole game. The tweet sent a powerful message to other businesses about the effectiveness of real-time marketing and the need to be relevant and responsive at all times.

Real-Time Marketing essentially works on the concept of delivering the right message to the right person at the right time. Following this formula and getting it right has the potential to drive strong engagement and generate hype for a brand.

We've recently uncovered the real-time social potential of two major sporting events: the Brazil World Cup and the Glasgow Commonwealth Games. Some of the most popular hashtags surfacing from these events on Twitter included:

These hashtags had limited usability yet brands of all sizes worked hard to tap into the potential for widespread engagement and exposure, while maintaining the relevancy to their target audiences.

Brands such as World Cup sponsors, Adidas and Coca-Cola, planned full length campaigns, while Snickers focused on key moments of the games like the Suarez biting incident. 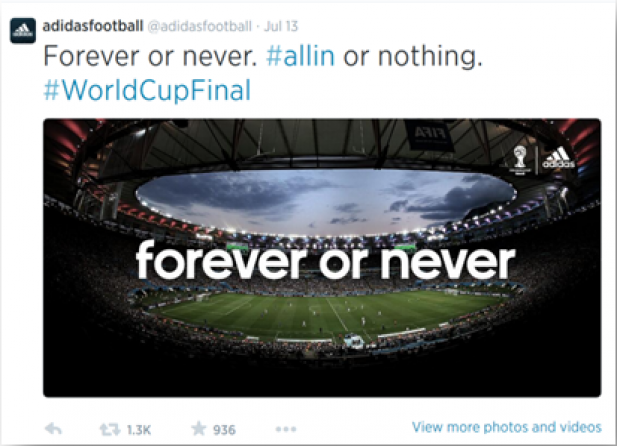 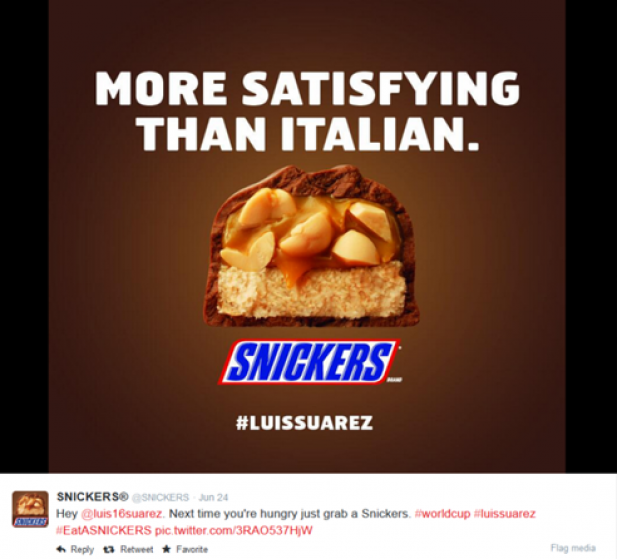 There's no wonder then that 88% marketers say real-time marketing is important to their 2014 marketing plans, while 76% marketers are already adapting it.*

To find out how we can help you use real-time marketing to drive engagement and increase conversions contact us.